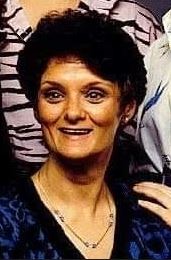 Sally Jean Harris, 72 of Lafayette passed away in IU Arnett Hospital at 11:18 on December 28,
2020. She was born on May 26, 1948 to the late Leo and Violet Halsema. Sally was a 1966
graduate of Central Catholic High School.
Sally worked for Consolidated Industries for 22 years before retiring from the dietary department
at Indiana Veteran’s home in 2013. Sally’s hobbies included playing computer games, reading
obituaries, and facebook.
She is survived children: Cynthia (Loyd ‘Butch’) Sherehouse of Kentucky, Christy Jennings of
Lafayette, Nicole (Jason Hall) Turpin of West Lafayette, 7 grandchildren, and 11 great
grandchildren. Also surviving are brother Jerry Halsema of West Lafayette, and sister-In-law
Janet Halsema of Lafayette. Sally is preceded in death by her brothers: Jackie and Tom
Halsema.
In accordance with her wishes, no services will be held.
TMG Funeral and Cremation Services is assisting with the arrangements.