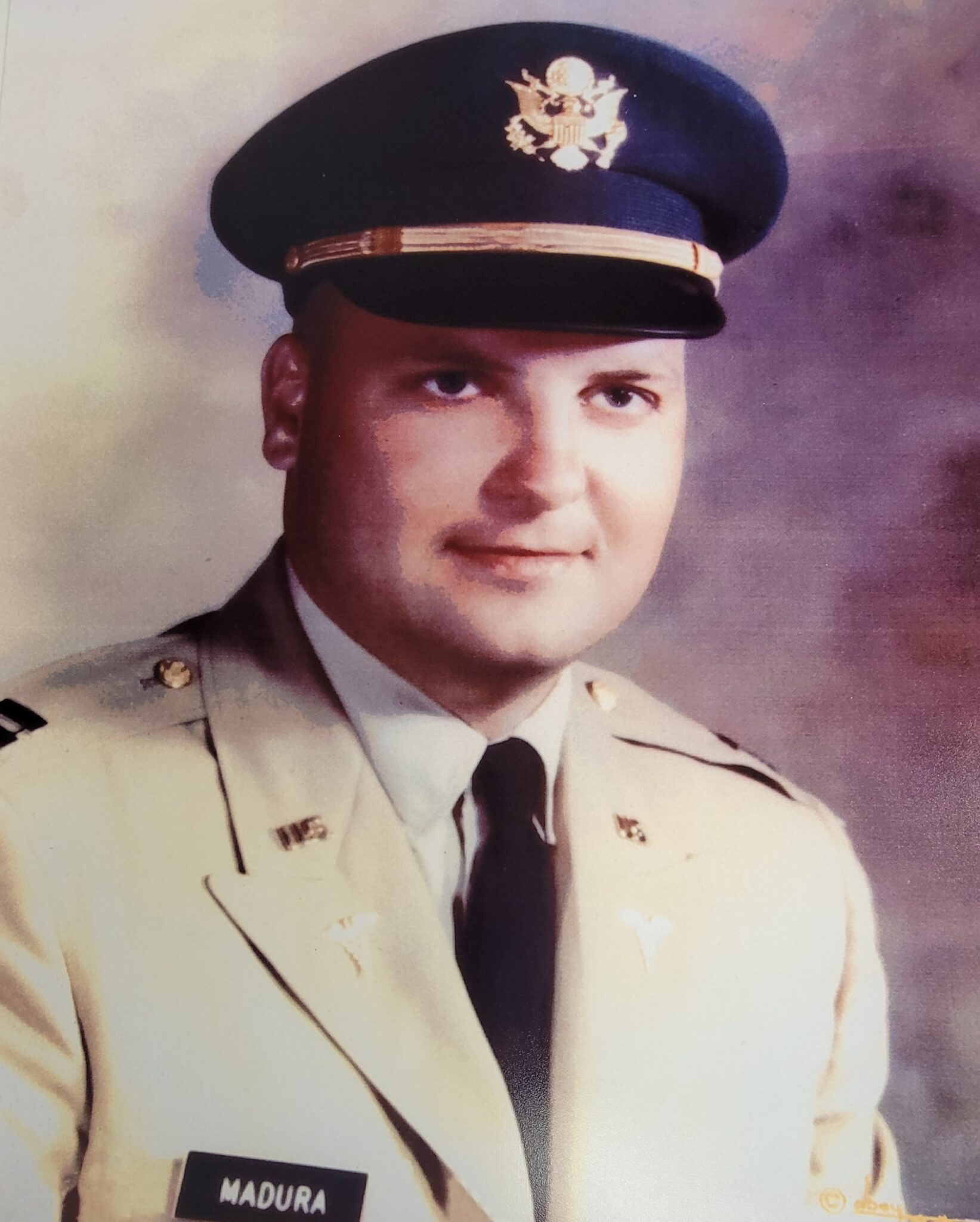 James Anthony Madura MD, 84, formerly of Indianapolis, passed away on August 8, 2022, at Cumberland Pointe Health Campus in West Lafayette, where he had resided since January. He was born June 10,1938 in Campbell, Ohio to the late Anthony and Margaret Madura. Jim was a general surgeon and served as an army captain and surgeon in the Vietnam War. His marriage to his high school sweetheart, Loretta Jayne Sovak, was on August 8, 1959, in Youngstown, Ohio and she survives.
Jim received a BA degree from Colgate University in 1959, with honors in mathematics. He received his medical degree from Case-Western Reserve University in 1963. He then went on to complete a surgical residency at the Ohio State University in Columbus, Ohio. He became an NIH Surgical Trainee and did a year of research in the Department of Immunology at Duke University in 1968. He joined the Indiana University School of Medicine in 1971 as an Assistant Professor and moved up the ranks to the position of Professor of Surgery in 1981. He was passionate about his role of teaching medical students and residents and was in charge of the surgical residency program for many years. He was named Clinical Professor of the Year by numerous graduating senior classes. He was a member of the Central Surgical Association, the Western Surgical Association, the Midwest Surgical Society, and the Society for Surgery of the Alimentar Tract, as well as having served as Governor of the American College of Surgeons. He was honored to receive the Sagamore of the Wabash for his service to the state of Indiana. Surviving with his beloved wife Loretta are his children Debra Madura (Chuck Penix) of Lafayette, James Madura (Sharon) of Scottsdale, AZ, Vikki Smith (Dennis) of Indianapolis, grandchildren Alex Penix of Lafayette, Emma Penix of Lafayette, Cory Penix (Kourtney) of West Lafayette, Sarah Crouch (Evan) of Indianapolis, Samuel James Smith (Ashlund) of Parker City, Indiana, Grace Madura, Audrey Madura, and Stephanie Madura, all of Scottsdale, as well as 4 great-grandchildren. Friends may call August 20 from 1pm until the time of service at 2pm in the funeral chapel at Tippecanoe Memory Gardens in West Lafayette.