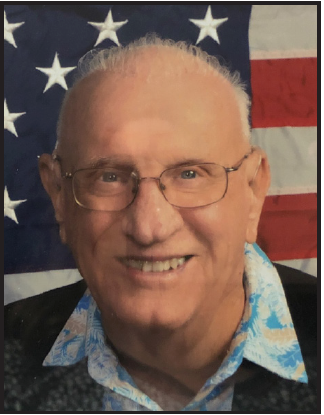 Dr. George M Underwood, MD, 94, passed away on April 3, 2020 in his home at Westminster Village after battling Iodine Resistant Thyroid Cancer for over two years. This cancer had returned after having been treated and resolved over 40 years earlier.

George was born in Pendleton, IN on February 22, 1926 to the lat John Underwood, Sr. and Cophine Underwood, thus beginning a full, exciting life. When George’s appendix ruptured at the young age of two, George survived by drainage alone, as no antibiotics had yet been discovered. This helped build a strong immune system that contributed to his longevity. George was raised on a farm, attended a one-room (8 grade) schoolhouse, and entered the Army after high school graduation. He served in WWII in the South Pacific Campaign from 1944-1946 and upon return he attended Indiana University pre-med school. He graduated from IU Medical School in 1956, then served his internship in Phoenix, Arizona and in 1958 returned to start a family practice in Lafayette, Indiana.

After returning home from WWII and going to school, he married his beautiful bride, the late Rosemary Stottlemyer Underwood to whom he was married until her passing in 2018. Together they had three children, whom George loved watching grow up. Gregory and Michael both preceded him in death and are most certainly excited their dad is in heaven to laugh with them once again. His devoted daughter, Beth Ann Compton, cared for him in his last days, as he had lived independently until passing. He leaves behind Beth, his son-in-law Bill Compton, and grandchildren Cory Compton and Brooke Sorgen, her husband Patrick Sorgen and two great-grandchildren, Isla Rose Sorgen and Camden George Sorgen with whom he had the pleasure of spending time. He also has many nieces and nephews as well as numerous friends who will sorely miss this gentle, wise, funny and wonderful man.

Throughout Dr. Underwood’s life he saw many changes in the medical field, particularly those in the practice of family medicine. Not only in the price of service (a house call in 1958 was $4, for example) but the progression of procedures had improved greatly in his 41 years of practice. Dr. Underwood founded Lafayette Family Practice Center in 1958 and in 1963, Dr. Barton Bridge joined the practice and thus began a lifelong friendship. Additional physicians and staff joined the practice and George retired in 1997.

Besides being a husband, father, granddad and physician, George enjoyed being the Lafayette Jefferson High School team physician for 50 years and their training room was named in honor of George and Rosemary. He also enjoyed flying his Cessna 170 plane, even landing once in his subdivision before other homes were built. He taxied it to his driveway but promised his wife it wouldn’t happen again! George cheered on the Purdue Boilermakers in person for football and basketball as a long-time member of the John Purdue Club. He was also a past president of the Tippecanoe County Medical Society, a charter member of the American Board of Family Practice, a member of the American Academy of Family Physicians and of the  Flying Physicians Association. He was honored by the National Association of Interscholastic Coaches, receiving a distinguished service award in 1994 for his service to Lafayette Jeff athletes. He was also awarded the inaugural Team Physician Award in 1997 by the Indiana State Medical Sports Commission.

In retirement, he spent many months at his condo in Ft. Myers Beach, dining out with Rosemary, and playing golf at the Imperial Golf Club (had two hole in ones!). He even found time to white water raft through the Grand Canyon and go parasailing. More recently, he enjoyed FaceTiming with family, including his great-granddaughter, showing her the beach and Gulf from his window.

In addition to his beloved wife, sons, and parents, George joins his late brother John in Heaven.

His family would like to thank his many caregivers, particularly Dr. Tom Bridge and hospice nurse Amanda Moore, as they both took time giving George and his family care, guidance, and comfort.

A private funeral was held for his family and at a later date a Celebration of Life will be open to all at Central Presbyterian Church to memorialize his full and blessed life.

In lieu of flowers, donations can be made in George’s memory to Lafayette Jeff Golden Bronco Club, Central Presbyterian Church-Whitsel Fund, Westminster Village Foundation Fund, or the charity of your choice.

A private funeral was held for his family and at a later date a Celebration of Life will be open to all at Central Presbyterian Church to memorialize his full and blessed life.

No Photos and Videos
Previous Kyle Chapman
Next Christopher Jackson