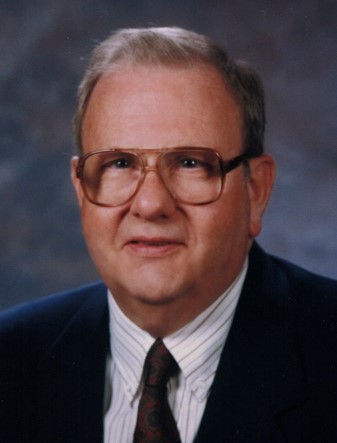 David Joseph Trout was born in Kokomo, Indiana at the Good Samaritan Hospital on July 18, 1935.  He passed away October 4, 2022, at the age of 87 years old, at his home in Lafayette, Indiana.  His mother was Catherine M. Dufendach Trout, and his father was Dr. Carl J. Trout.  At the time, his parents resided in West Point, Indiana where his father was then a general practice physician.  Dr. Trout often stated that the only reason he was born in Kokomo was because his mother was there at the time, and “I wanted to be close to her”.

David, his sister, and his parents moved to Lafayette when he was age 4.  He later attended Highland Grade School from the 1st through the 7th grades.  Because the middle school system was in the process of being created, he attended the 8th through the 12th grades in the Jefferson High School building on North 9th Street.  In high school he majored in science, mathematics, English, and music.  He was in the school marching and concert bands, the school orchestra, the pep band, the Dixieland band, and the dance band.  He took piano lessons and, in the various bands and orchestras, played the clarinet, bass viol, glockenspiel, chimes, and the xylophone.  He fondly remembered one bass viol that he used for the Dixieland band that had been made in shop class and that had the body made of aluminum.  It had several unfortunate resonate frequencies that always seemed to be at odds with the melodies he was playing at the time.

During one high school summer vacation, he played the bass viol as a pickup player when a local choir and members of the Lafayette Symphony Orchestra presented 4 operettas.  He particularly liked Gilbert and Sullivan’s HMS Pinafore because the bass viol part was mostly only 3 notes.

In his teen years he attended Culver Summer Naval School and was graduated in 1951.  His interest in sailing was rekindled later when he started his medical practice in 1967 and he bought his first of 3 sailboats.

After graduating from high school, he started his premedical studies at Indiana University in 1953, completing the requirements for medical school entrance in 3 years.  During his undergraduate years he continued his music briefly by playing the glockenspiel in the Hoosier Marching Hundred his freshman year.

He entered medical school in 1956 and was graduated from the Indiana University School of Medicine in 1960.  He externed at Home Hospital during his senior year off-quarter where he assisted with the birth of his first child.  After graduation he took a general internship at Indiana University Medical Center (IUMC), the prerequisite general surgery year at the old St. Vincent Hospital, and the 3-year ear, nose, and throat specialty education at IUMC.  Dr. Trout was chief ENT resident for 6 months at the then Indianapolis General Hospital, now called Wishard Hospital, 6 months at the IU Medical Center, and 12 months at the Indianapolis Veterans Administration Hospital.

He married Barbara A. Query during his sophomore year of medical school and was married to her for 34 years.

After his specialty education, Dr. Trout served as a captain in the Army Medical Corps for 2 years at Fort Riley, Kansas, where he was the officer in charge of the Ear, Nose, and Throat Clinic.  In his 2nd year he was also in charge of the Eye Clinic.

He was honorably discharged from the army in 1967 and started his ENT medical practice with his father and Dr. Raymond Calvert at 314 North 6th Street in Lafayette, now a parking lot.  In 1972 he moved his office to 2 North 26th Street, now a rain water retention pond.  Then, in 1979, he moved to the Lafayette Medical Center, a building that has been demolished.

Dr. Trout retired suddenly when he had a heart attack in March, 2001.  His trusted office staff of over 20 years, Nancy Edwards and Cheryl Servies, and Patti Mellor, 13 years, closed his practice at his request after he awakened from a 7-day induced coma.  Because of the emergency heart stent by his Lafayette cardiologists and the subsequent coronary artery bypass at St. Vincent Hospital in July, 2001, he was able to enjoy his retirement until his death.

Dr. Trout had many hobbies over the years.  They have included, among others, SCUBA diving, amateur gunsmithing and shooting sports, building and riding bicycles, photography, computers, classical music, and sailing.  Some summers he sailed 2, and often 3, days a week at Lake Freeman.  He was a charter member of the Lafayette Sailing club and was at one time the vice-commodore.  He and his family have trailed his sailboat on vacations just in case they came upon a place to sail.  In 1972 he trailed a sailboat for a 6000-mile vacation and never got a chance to sail.  Because of his trips skippering in the British Virgin Islands, he was made a Commodore by the Moorings Charter Service.

Dr. Trout always considered himself to be a lifelong learner.  Because of his interest in the language, at age 72 he began to study German at Purdue.  He studied German for 4 semesters, then his wife and he took a trip to Germany in July, 2010.  He celebrated his 75th birthday in both Freiburg, Germany and, later in the same day, in Paris, France.  He was especially grateful to John White and Jennifer Gerndt because they were so instrumental in his (somewhat futile) pursuit of the German language acquisition.  He always maintained that after 4 semesters of study, he could speak German almost as well as a 2-year-old.  Other inspiring teachers were Professors Yvonne Pitts, Douglas Hurt, Wendy Kline, Randy Roberts, Caroline Janney, David Atkinson, Cole Jones, William Gray, and Mary Mitchell who were Dr. Trout’s professors when he was studying History at Purdue.  Important mentors in his early years were Dr. Marlow Manion who was the Department Head of ENT during his residency, and Dr. Robert Braunlin, a resident 2 years ahead of Dr. Trout, and who taught him that failure is positive because it redirects one toward success.

Dr. Trout said that he learned much from his successes, but much more from his mistakes.  His 2 favorite sayings were both by Aeschylus:

“It is always in season for old men to learn.”

“He who learns must suffer.  And even in our sleep, pain that cannot forget falls drop by drop upon the heart until, in our own despair, against our will, comes wisdom to us by the awful grace of God.”

Services for Dr. Trout will be held on Saturday, October 8, 2022, at 1:00 p.m. at the Tippecanoe Funeral Chapel in West Lafayette, IN. Visitation to be held from 11:00 a.m. – 1:00 p.m., prior to service. Burial to follow services at Tippecanoe Memory Gardens. Online condolences may be made to the family at www.tippecanoememorygardens.com Tippecanoe Funeral and Cremation Services is honored to be assisting the family with arrangements.