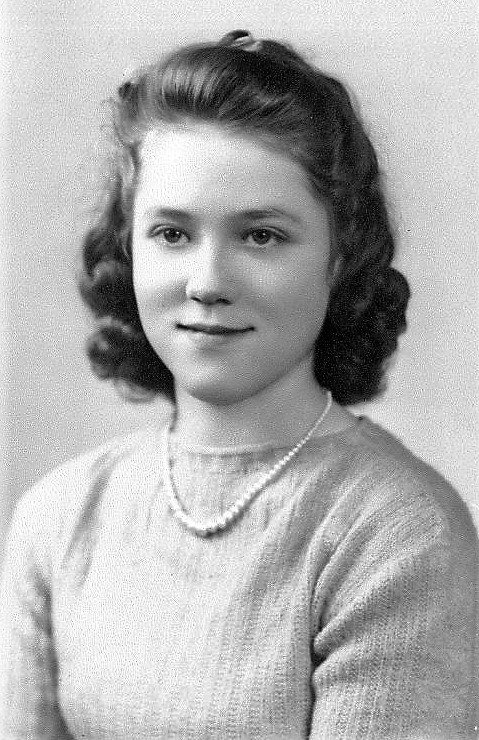 Wilma Lucile Benner, aged 97, of Lafayette, IN, passed away peacefully on March 7 of natural causes. Wilma was born in White County on June 18, 1924, to Grover and Maud Medley. She became the fifth and final addition to the family. Shortly after graduating from Kentland High School in 1942, she met her husband, Elmer Christian Benner, and they married on July 27,1946, in Logansport, Indiana. Wilma loved helping others, which led her to several different roles in the community during her lifetime:  the Secretary for the Carpenters Union Ladies Auxiliary, homemaker, caring for children, and working as a Homemaker for the Family Services Agency. Wilma was also an avid reader, and one of her great pleasures in the last 10 years has been going to library sales, reading the books she bought, and then donating them to other book lovers.  She adored doing puzzles, watching Westerns, as well as playing euchre and dominos with the family.  Wilma also enjoyed her life at Friendship House and the wonderful community they have there.  She was a member of the Over 90’s Club and frequented the Friday Night Suppers.  She was a devoted believer in the Lord, and we are certain that her love for Him has safely guided her into His arms. Wilma was preceded in death by her four brothers: Lawrence, Paul, Glen, and Grover “Dude” Medley; Elmer Christian Benner (husband); and John Christian Benner (son). She is survived by 3 children: Sandy Ohrberg (husband Jerry, deceased), Mary Ann Hocker (husband Thomas, deceased), and Patrick Gordon Benner (wife Karan); daughter-in-law Alice Benner; 12 grandchildren: Leslie Jo Manyik, Matthew Ohrberg, Jennifer Feliu, Eric Benner, Heather DeLong, Amber McHenry, Rich Hocker, Kris Tina Howe, Charles Hocker, Kathlene dos Santos de Oliveira, Zachary Benner, and Jacob Benner; 17 great-grandchildren: Ashlyn Shilling, Alyx Shilling, Chandler Ohrberg, Emily DeLong, Alex DeLong, Ryleigh Balser, Pau Feliu, Ellaria Hocker, Camden Hocker, Jackson Soullaird, Lily Soullaird, Henry Howe, Isabel Hocker, Owen Hocker, Nash Hocker, Nirvana Hocker, and Delylah Butland; and 3 great-great-grandchildren: Blaire Miller, Maizee Miller, and Emberlynn Balser. Visitation will be from 10:00am until the time of service at 11:00am, Saturday, March 19, 2022, at Tippecanoe Memory Gardens, 1718 W. 350 N., West Lafayette, IN 47906. Her community at Friendship House, 1008 Cumberland Ave, Lafayette, IN 47906, will also be holding a celebration of life from 12:30-2:00pm in the North Building Community Room. Online condolences can be left to the family at www.tippecanoememorygardens.com. Tippecanoe Funeral Home is honored to be assisting the family with the arrangements.