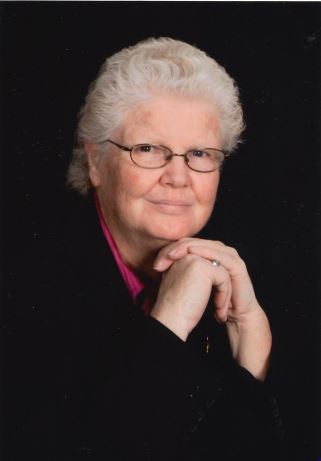 On December 8 th at 7:18am Tammy went to be with our lord and savior, after a month-long battle with
Covid 19. Tammy was born on March 2, 1959 to her parents Barbara J. (Boyer)and Jerry J. Crowell.
She graduated from McCutcheon High School where she was active in Volleyball, Basketball and Track.
She also played the flute in the High School Band. After High School she went on to attend Purdue
University where she graduated with an Animal Science Degree. After College she got a job at a pig farm
as a herdsman for a short time., then in 1984 she started working at Purdue University in the Animal
Disease Diagnostic Lab, where she was currently employed and looking forward to retirement from
there.
Tammy was a great alumnus and fan of Purdue Football, Purdue women’s Volleyball and Purdue
women’s Basketball. Whenever she could get a ticket she was there.
Tammy played women’s league softball for several summers and also for the Congress Street Church
coed team. She was an avid bowler and usually was bowling in a couple leagues at a time each fall. She
was a member of the Indiana State Bowling 500 club, and held offices such as secretary/treasurer of her
Tuesday Nite League; From 2008-2012 she was the Lafayette USBC Association Manager. In 2014 she
was inducted into the Lafayette Bowling Hall of Fame for all she did for bowling in the Lafayette area.
Tammy was an active Member of Congress Street United Methodist Church. She was a member for
several years in the hand bell choir. She belonged to the Women’s Circle of Joy and helped with the
Annual Pumpkin Patch. At one time, she was a Trustee and part of the janitorial staff there.
Tammy was a 10 year 4-H member taking such projects at Sewing, Photography, Rabbits and Swine. She
continued her 4-H as a volunteer superintendent of the Tippecanoe County 4-H Dog program from the
1990s to present. She helped each year at the State Fair level Dog Contest also.
In the Fall of 1982 Tammy became an aunt for the first time. There would be 7 more to follow. This was
her greatest role. From Babysitting when they were young, to making sure they had everything they
needed to raise and show their swine projects, to attending all of their sporting events, even picking
them up and helping get then there. She even supervised several in their dog projects for the fair.
In later years she was a great help to her aging parents. She resided with them and made sure they got
to all of their appointments and drove them where ever they needed to go. She made time to babysit
for her family whenever a pet needed someone to watch them or flowers needed watering while they
were gone. She was the best sister-in law for over 34 years. One Christmas she made all of the nieces
and nephews ornaments she had cut out of wood that they all cherish to this day.
She was preceded in death by her father Jerry Crowell, her aunt Jane Crowell and uncle Ollie Lange, and
a great nephew. She was also preceded in death by her fur babies “Kelly” and “King”. She leaves behind
her mother Barbara Crowell, a brother David (Pamela) Crowell, a sister Kathy Kelp, her nieces and
nephews: Adam Kelp (Velina Lindley), Joshua Kelp, Todd (Jessica) Kelp, Heather (Chad) Leamon ,Janelle
(Daren) Hudson, Jared Crowell (Hailey Harris), Justinie Crowell (Kaleb Walker) and Anthony Kelp. Great
nieces and nephews: Wyatt, Alyza and Lyncoln Kelp, step Kordell Syeaseal; Marshall and Caroline
Leamon, step Shaelyne and Gabe Leamon; Easton and Baby on the way Kelp; and Harper Hudson. She
will be greatly missed by all including Diana Thurner, Mary Frances Nelson and Peggy Runk her best
friends.

Due to certain circumstances a private funeral attend by immediate family only will be held, Friends are
invited to attend services virtually on Monday, December 14th at 3:30pm. To attend virtually go to
zoom.us, click on the “join a meeting tab” enter the meeting number 765-490-4234 and the password is
tmg2020. A celebration of life and service will be held later in March 2021, at the Stockwell United
Methodist Church, date and time to be decided. Donations in Tammy’s name may be made at the time
of the celebration of life service, further information will be available at that time.