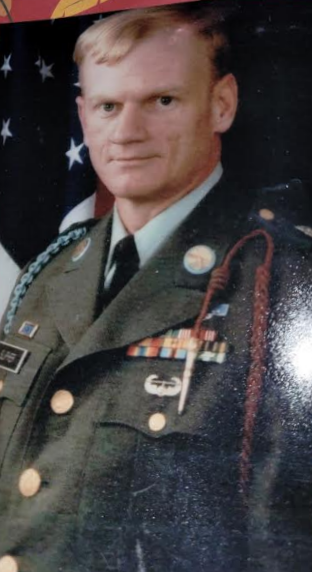 Steven Joseph Slipher, 70, of Rossville, IN passed away on June 13, 2021, at the IU Methodist Hospital in Indianapolis, IN. He was born on August 10, 1950, to the late Robert Slipher and Josephine Held. On September 25, 1969, he married Veronica Lynn Barrett.

1SG Slipher served 20 years in the United States Army before his retirement in 1992. As a career soldier and noncommissioned officer, 1SG Slipher entered the Army in January of 1970 as part of the 25th Infantry Division for one tour in the Republic of Vietnam. He was honorably discharged and returned to active service in May of 1972 where he served for 5 years with the 1-327 Infantry, 101st Airborne/Air Assault Division. In 1977, 1SG Slipher served for one tour at Camp Hovey in the Republic of Korea before returning in 1978 to the 101st at Fort Campbell, KY. Upon serving four years at Fort Campbell, he was reassigned to the 1st Battalion, 15th Infantry Regiment at Kitzeigen, Germany where he served 3 additional years. From 1985 to 1989, 1SG Slipher was reassigned to the Infantry School at Fort Benning, GA where he served as an instructor at the Advanced Noncommissioned Officers’ Course. In 1989, 1SG Slipher returned overseas to Germany to the 5-18th Infantry. During the latter portion of that tour, 1SG Slipher took his company to Saudi Arabia then later to Southern Iraq during operations Desert Shield and Desert Storm. From October 1991 to his retirement in November of 1992, he served as the First Sergeant of Charlie Company, 3rd Battalion, 15th Infantry Regiment. His awards and decorations include: the Bronze Metal, The Meritorious Service Metal, the Army Commendation Metal with 3 Oakleaf Clusters, the Good Conduct Metal with 5 Oakleaf Clusters, the Southwest Asia Service Ribbon, the Vietnam Service Medal, the Vietnam Campaign Ribbon, 2 Overseas Service Ribbons, the Kuwaiti Liberation Medal, the Combat Infantryman’s Badge, and Air Assault Wings.