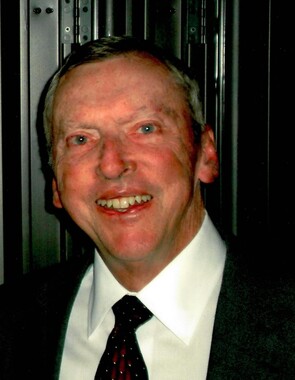 He graduated from Lafayette Jefferson High School in 1961 and after graduation attended Purdue University where he earned a BS in Business Management. He married his high school sweetheart Chery (Cullum) Dilling in June of 1966. He accepted a job with Indiana Farm Bureau Insurance and worked as an agent in the home office training department, an assistant manager and moved his family to Floyds Knobs in 1976, accepting the job of agency manager. He was in the Insurance business for over 42 years until his retirement in 2007. He was a charter President for Kiwanis of Floyds Knobs, became a Charter Underwriter, belonged to Lions Club, Cub Scouts, Boy Scouts and served as a Master Mason, holding the office of treasurer for many years. He was a member of Wesley Chapel UMC in Floyds Knobs. He and his wife Cheri loved traveling and wintering in Florida. He loved golfing, watching his Boilermakers, the NY Yankees, the Chicago Cubs and Indy car racing. Family was everything to him.

Friends may call at the Tippecanoe Memory Gardens Chapel of Faith located at 1718 W 350 N, West Lafayette, IN  on June 5th from 2-3 PM. Services will immediately follow.

No Photos and Videos
Previous Chunhua Zhang
Next Scott A. Siler