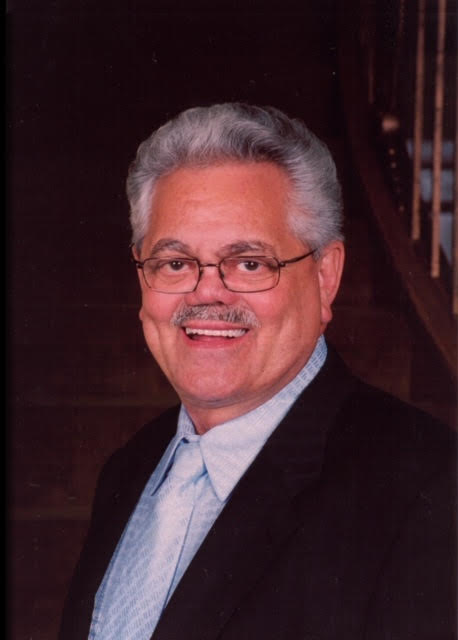 Robert (Bob) V. Rohrman, 87, automobile dealer, community leader and philanthropist, He passed away peacefully in his sleep surrounded by loved ones on September 1, 2020.   He was born April 18, 1933 to the late John and Velma (Ringwald) Rohrman in a log cabin in Lafayette, Indiana.

As one of 11 children (9th in line), Rohrman did not come from much.  He often recounted having to walk over a mile to and from school every day without a winter coat.  The nuns from his Catholic grade school gifted him with a warm snowsuit and he was deeply moved by their generosity.  It was this early gesture that set the foundation for his giving nature and philanthropic efforts.

Rohrman graduated from Lafayette Jefferson High school in 1952 while simultaneously working a full time graveyard shift (11pm – 7 am) at the local Brown Rubber factory.  He went on to serve our country in the US Army during the Korean conflict.  In 1954, he married Shirley Relander and together they had five children.  They later divorced, and Rohrman married Linda Lindsey in 1973 – together they were married for 25 years.

Rohrman started his automotive career selling cars for Glenn R Pitman in 1955.  He then ventured out on his own in 1963, and opened a simple used car gravel lot in Lafayette, IN.  His early success, hard work, and love for the auto business grew rapidly and in 1970, he acquired his first franchise (Toyota).  Working 18+ hours a day, 6 days a week, he was determined to grow an empire.  Today, he owns 27 car dealerships across Indiana, Illinois and Wisconsin.  To him, work was a hobby and he loved every minute of it!

Rohrman was a man of great vision, drive and charisma.   He loved life, laughter, and was an ever present personality in his many television commercials – “There’s only one Bob Rohrrrrman.”

He achieved many accomplishments and awards over the years, including the prestigious:

This success allowed Rohrman to become the great community philanthropist that he was.  His giving touched those not only in Lafayette, IN but also Indianapolis, Fort Wayne, Chicagoland, Kenosha, WI and beyond.  His generosity had no limits: sponsoring little league teams, donating to soup kitchens, charities supporting childhood cancer, and beyond.  Most recently, Rohrman donated funds to build a state of the art tennis complex for Lafayette Central High School, the Performing Arts Center at Lafayette Jefferson Public High School and donated a lead gift to name Rohrman Field at Purdue’s Ross Ade Stadium.

Rohrman’s legacy of love, laughter, hard work and generosity will live on through his loving family. In Bob’s own words, “I had a Fantastic Ride and did it my way.”

Bob is survived by his five children:

Rita (Bill) Crowell, Lafayette, IN; and

Two stepdaughters and many nieces and nephews.

Rohrman’s children would like to give special thanks to their dad’s caregivers who became like family and went above and beyond in their love and care for Bob.

Visitation and funeral services at St Ann’s Catholic Church,  Anyone may join the service remotely about 10 minutes prior to the start of the service. To view the webcast visit zoom.us, click on join meeting, enter the meeting number 765-490-4234 and then enter the password tmg2020.

Visitation on Wednesday, September 9th from 11am – 2pm

Memorial contributions may be made to one of the following organizations: