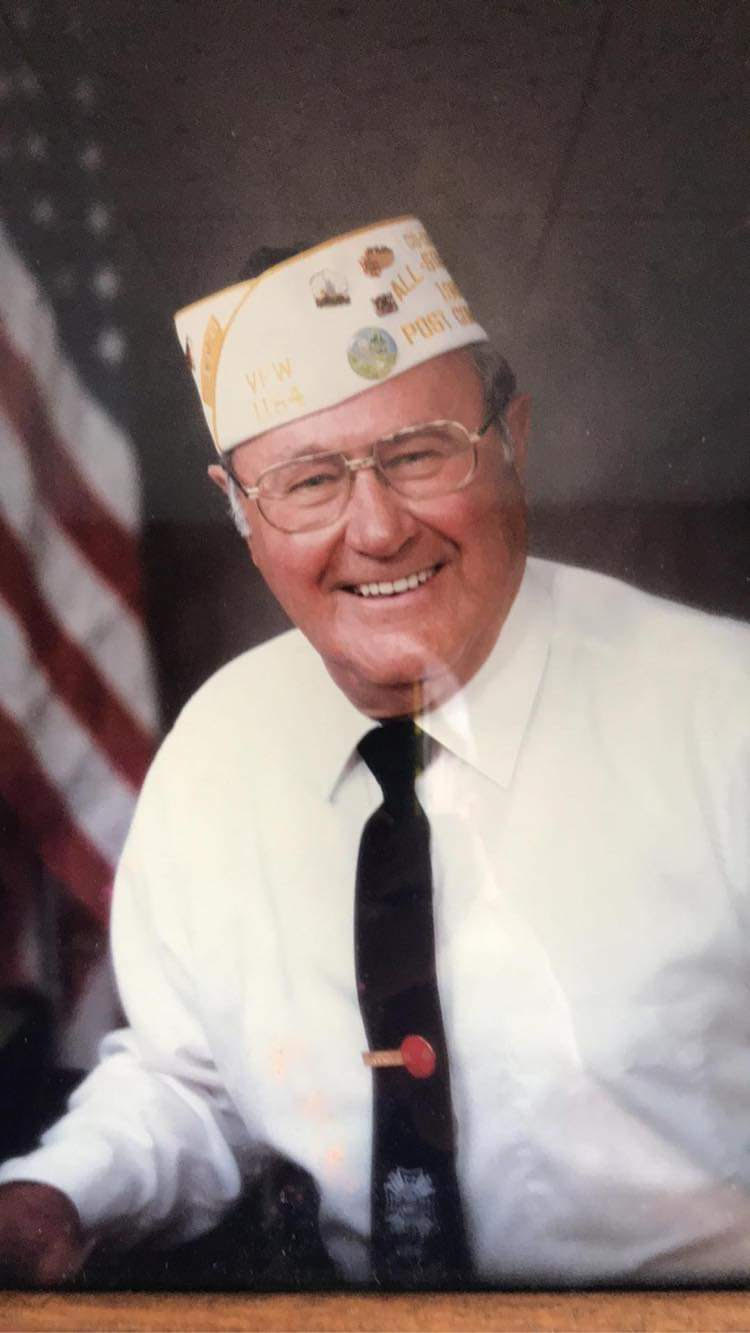 World War II Veteran
Raymond “Bud” W. Leill, Jr., 93, died Thursday, July 2, 2020 in Ormond Beach,
Florida. Bud was born March 2, 1927 in Lafayette to the late Raymond W. Leill, Sr.
and Mable Leill. Bud joined the Army at age 17, and his father Raymond Sr. joined
the Army at the same time.  Bud was proud to serve his country, operating a motor
pool and transporting Generals around Germany after the war, and he valued his
personal experience of what happened there.
Bud was a lifelong member and Commander of the Veterans of Foreign Wars Post
1154 for 4 years. He was also a member of American Legion Post 11. He was proud
of his accomplishments as VFW Commander. Bud was always a people person, and
he enjoyed hard work and doing for others.
Bud would go on to own and operate several Texaco gas stations in Lafayette, with
his last new Texaco station at the corner of 52nd & Salisbury Street. He also worked
with a Wrecker & Snow Plowing service for over 30 years. After selling the property,
Bud left the cold winters and retired in Florida where he enjoyed playing Bocce and
riding his bike well into his 90s. He would ride around every day on his golf cart. He
loved traveling in his motor home, especially to his cottage on Lake Freeman where
he was often found to be boating, fishing, or teaching the family how to ski. At his
home in Florida, Bud was an avid NASCAR fan and loved watching the Daytona 500.
He never missed a NASCAR race at Daytona.
Bud married Martha Jane Trapp in 1953, and they just celebrated 67 years together
before he passed. Bud is survived by his wife Martha Jane and their daughter, Rhonda
Leill, and his grandchildren, who he and Martha helped raise in their home, Raymond
Buddy Crum, who was the light of Bud’s life, and Kimberly Lynn, his princess. Bud
is also survived by 2 great-granddaughters, Addison and Kinnely Crum, 2 great-
grandsons, Emery and Little Buddy, all of whom he loved very dearly. Additionally,
Bud is survived by his sisters, Joan Jenkinson, Rosie Nuckols (Ed), and Marcia Raisor
(Mike), sister-in-law Judy Leill and brother-in-law Larry Rudder, as well as many
special nieces and nephews.
Bud was predeceased by his sister, Barbara Rudder, and his brother, Richard Leill.

There will be a private burial at Tippecanoe Memory Gardens with military honors at
a future date. Bud and Martha’s niece, Pastor Mary Hollis, will officiate the service.
Please be with us in prayer.
Tippecanoe Funeral &Cremation Home is assisting the family with arrangements.