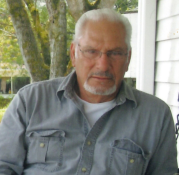 Ralph Bolden, 83 of Lafayette passed away at Franciscan Health Lafayette Hospital East at 2:30 am
Tuesday January 10, 2023. He was born in Sneedville, TN on September 9, 1939 to the late Herman and
Lee Addie Bell Bolden. Ralph had worked in the Lafayette area for many years including at National
Homes, Alcoa, then driving truck for Pepsi and later concluding his career at LCL Transport. Ralph
enjoyed hunting, fishing, bowling, camping and the many summers he spent in Tennessee at Norris
Lake, but his greatest joy was the time he spent with his family, his grandchildren were his world as he
was their biggest fan. He loved and cherished his roles as a Husband, Father, and Grandpa, Ralph was
loved dearly by his family, especially all his grandchildren. Ralph was a member of the Teamsters Union
Local 135 and had served as local rep. He was also formerly a member of the Eagles.
Ralph married the love of his life Virginia Silcox on July 5,1979 in Dalton, GA and she survives. Also
surviving are his children Gail (Chris) Rhode of TN, Darryl Bolden of Lafayette, Hank (Betsy) Bolden of
Lafayette, Beth Halsema of Lafayette, Bob (Tonya) Lank of Lafayette, Bill Lank of Lafayette, Tammy Lafon
of Lafayette and his granddaughter’s that he and Virginia raised Braylie and Aerielle. Also surviving are
18 grandchildren and 33 great grandchildren, two brothers James Bolden and Lawrence Bolden both of
Lafayette. He was preceded in death by a brother William Bolden and a sister Cleta Brooks.
Visitation will be Monday January 16 th , 2023 at 12:00-2:00pm following with funeral services at 2pm in
the funeral chapel at Tippecanoe Memory Gardens. To follow in the Chapel of Faith Mausoleum at
Tippecanoe Memory Gardens to concluded services.
Tippecanoe Funeral and Cremation Services is honored to assist the family with Services. Anyone unable
to attend may attend virtually by going to zoom.us, selecting “join a meeting” enter the meeting
number 765-490-4234 and the password : tmg 2020.