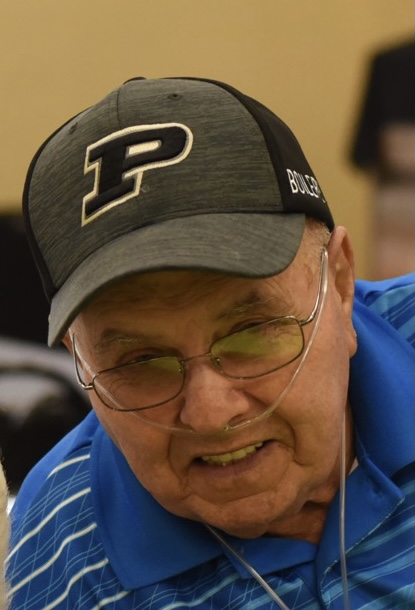 Paul Harvey Kyburz, 81, passed away peacefully at home on August 18, 2021, in West Lafayette, IN. Paul was born May 23, 1940, in Monticello, IN to the late, Edward H. Kyburz and Viola (Klopfenstein) Kyburz.  After completing his education, Paul later met and married Carol Ann Walters in Wolcott, IN, and they were happily married since July 28, 1962.

Paul grew up on a farm where he learned the meaning of hard work and devotion to family.  He spent the first half of his career delivering freight for a major retailer.  Through that position he was a member of the Teamsters union.  He then segued into owning and operating two gas stations including an auto repair shop alongside his son, Mark.  In 2011, Paul semi-retired and Mark continues the business legacy operating Kyburz Auto Center in Otterbein, IN.

Throughout his days he gave all his time to work and family.  However, he would not hesitate to go out of his way to help a friend or anyone in need.  His mindset was straightforward – be ethical, get the job done and do it right the first time.  At 75, he had bypass heart surgery that left him struggling with Pulmonary Hypertension.  That in turn limited his physical activities for which he demonstrated a true selflessness.  He enjoyed family vacations, outdoor activities, spending time with his grandkids and talking about his family tree including all his uncles, aunts, cousins, nieces and nephews.

In addition to his parents, he was preceded in death by his sister, Marcille Furrer, and brother Edward Kyburz, Jr.

Private services for Paul were held for immediate family on Sunday August 22, 2021. A gathering for family and friends will be announced at a later date.   In lieu of flowers, memorial contributions may be made in Paul’s memory to The American Heart Association. Online condolences can be left to the family at www.tippecanoememorygardens.com. Tippecanoe Funeral Home is honored to be assisting the family with the arrangements.