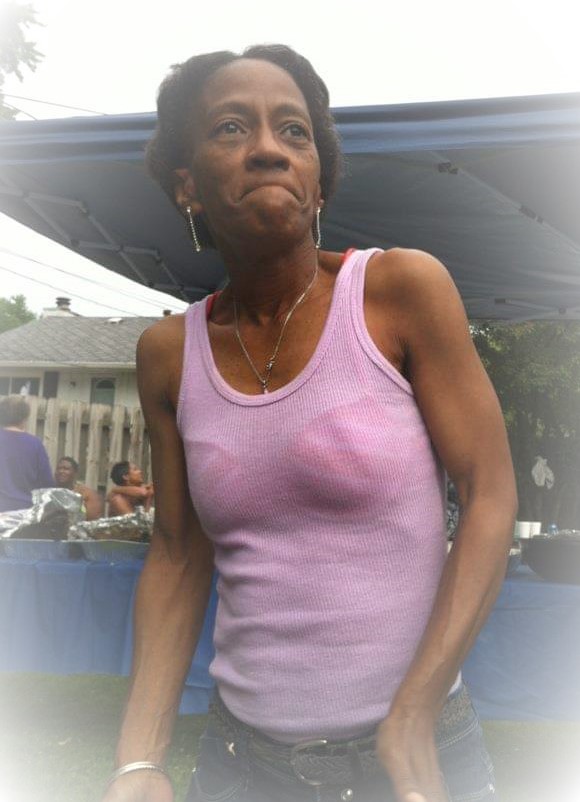 Michelle Verona Murry, more affectionately known as “Nan” by those who loved her, passed away on March 19th, 2022, at age 62. She passed away surrounded by her children, most of her eight grandchildren and other loved ones, after a four-year battle with lung cancer and a 15-plus year battle with COPD.

Michelle was born February 16, 1960, to Conell Murry and Helen Cole in Philadelphia, PA, both of whom preceded her in death. As a child she moved to Arizona, where she attended Westwood High School in Mesa, AZ. In 1977 she met Stephen Chandler of Crawfordsville, IN in Chandler, AZ, and they went on to marry that same year in Mesa. Unfortunately, their union ended in 2000, with Stephen also preceding her in death in 2016. However, they still maintained a bond through their three children, and later on their grandchildren.

Michelle was the type to keep things simple, and didn’t require much at all to be happy. As long as her bills were paid, she had her “Nan shows” (she was a huge fan of police dramas, true crime stories, etc.), some good food and her babies, she was content. Prior to her illness she was very active at Word of Life Fellowship Church and Living Truth of Christ Church, and put in many hours in the kitchen at Word of Life for various dinners and events. Her faith was very important to her, and she spent a lot of time reading her Bible and other spiritual material, as well as listening to gospel music. She was extremely dedicated to every job she had, namely the 23 years she spent with Target between Crawfordsville and Lafayette, as well as her positions at Perry Foam Chemicals and MJV Janitorial. She was never above walking across town in the snow early in the morning in order to make it to work if need be, and she was always praised by her supervisors and coworkers for her commitment to the job.

Simply put, to know “Nan” was to love her, as she touched the hearts of nearly everyone she came across. Whether you were family, a friend of the family, a coworker or stranger; when you met her, chances are you left the interaction with a positive impression and a soft spot in your heart for her. She served as a mother figure to several of her children’s friends over the years, opening her home and extending her hospitality to many of them if they needed a couch to sleep on for the night or a hot meal. Her grandchildren were her life, and she always did little things to let them know just how special they were to her. Her favorite gestures were the parties she had for them at the end of each school year, to congratulate them all for a job well done.

Services are pending for a later date and time. Those wishing to pay their respects to the family may call 765-543-6351, or Michelle’s children may also be contacted on Facebook for details as well.