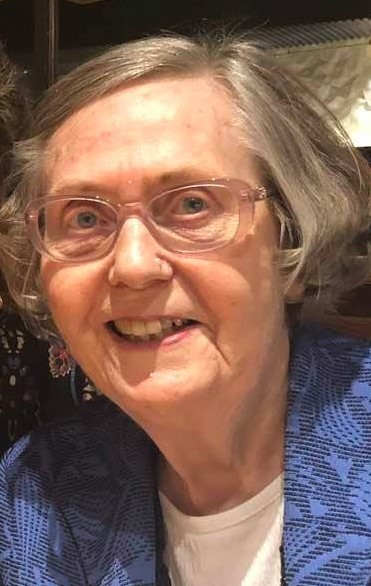 Marilyn Jean Black, 91, died peacefully on November 27, 2021 at St. Elizabeth Healthcare Campus in Delphi, Indiana. She was born December 7, 1929 in Chicago, Illinois to Victor John Lorence and Ruth Eleanor (Seator) Lorence and grew up in Illinois. Marilyn graduated in 1949 from Thornton Junior College in Harvey, Illinois, where she met her future husband, Richard Dean Black. She and Richard attended the University of Illinois for a year before marrying on June 11, 1950. Richard continued his education, while Marilyn stayed home and cared for their growing family of three children.

In 1959, Richard accepted a position as an Assistant Professor at Cornell University, so they moved to Ithaca, New York. While there, Marilyn was an active member of First Presbyterian Church, teaching Sunday school and sewing for mission projects. She also taught community women’s Bible studies and volunteered in the Service League Shop. During their time in Ithaca, they spent a sabbatical year in St. Johnsbury, Vermont and another year in Manhattan, Kansas.

In 1982, Richard retired from Cornell, and they returned to Manhattan, Kansas, where he joined the Kansas State Cooperative Extension Staff, and Marilyn enjoyed membership in the Konza Prairie Quilt Guild, Welcome Wagon, and KSU Social Club. Trinity Presbyterian Church was their church home. She and Richard traveled extensively throughout North America before and after his retirement from Kansas State in 1994. Richard died while on a trip to Alaska in 1998, but Marilyn continued her adventures, traveling with friends and family to Europe, across Canada, and up to Barrow, Alaska.  In 2010, Marilyn moved into University Place in West Lafayette, Indiana, where she lived for ten years before moving to St. Elizabeth Healthcare Campus in Delphi, Indiana.

Wherever Marilyn lived she enjoyed sewing and knitting, playing cards and games, walking and picnicking, and volunteering and serving. She cheered for her local sports teams and looked forward to her daily newspaper puzzles. Her strong faith carried her through whatever life sent her way.

Marilyn is survived by her daughter Carolyn Short and husband John of Corvallis, Oregon; son James Black and wife Emilia of Wilmington, Delaware; and daughter Barbara Mayfield and husband Joe of Delphi, Indiana. Her grandchildren and great-grandchildren include: Brian Short and his wife Whitney of Ketchikan, Alaska; Brett Black and Bonnie Warfield of Lafayette, Indiana and their daughters Hannah and Emma; Jenny (Mayfield) Swadley and her husband Ryan of Carmel, Indiana and their children Micah and Emily; Katherine Short of Salem, Oregon; Joey Mayfield and his wife Julie of West Lafayette, Indiana and their children Isaiah and Madelyn; Martha Black, currently teaching in France, and her husband Francis Frias; Chris Mayfield and Ashley Austin of Indianapolis, Indiana and their son Noah; Dobhran Black of Boston, Massachusetts; and Ethan, Miriam, and Esther Black of Wilmington, Delaware. Marilyn was preceded in death by her parents, her husband, and her brother Thomas Victor Lorence.

A memorial service will be arranged at a later date. Interment is at Tippecanoe Memory Gardens. Online condolences can be shared with the family at www.tippecanoememorygardens.com.

Marilyn will be remembered as a good neighbor, faithful friend, beloved wife and dedicated mother, grandmother, and great-grandmother. Many have been blessed by her presence in their lives and look forward to their reunion with her in heaven.