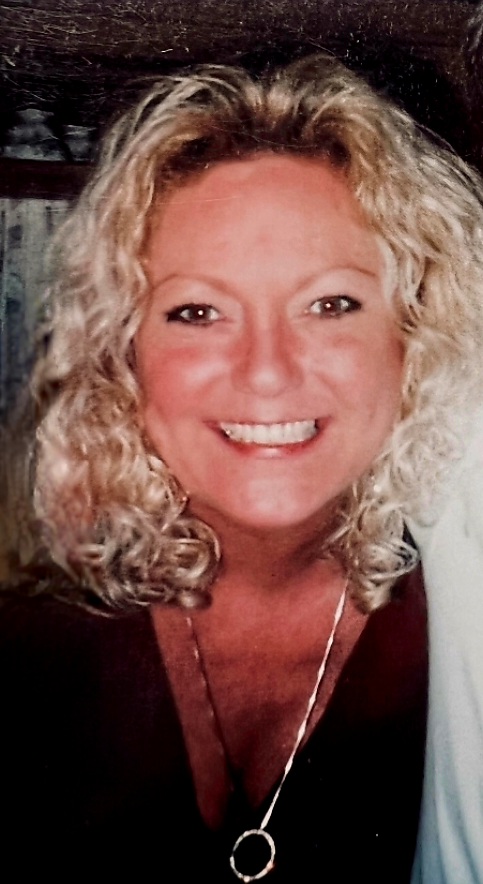 On Saturday September 10, 2022 a loving and incredible mother of 2 and grandmother of 2, soul mate of 1. passed away at age 58 from illness at her home surrounded by her family. Lisa was born on March 1, 1964 in Kokomo IN to Richard and Patty (Wolf). She attended McCutcheon High School, and Purdue University. She was a dedicated wife, stay at home mother when life allowed it. Lisa worked at
Riehle Brothers, Menards and the last 14 years of her life were dedicated to raising her granddaughter Zoey. She married her soul mate, Todd Santon July 4, 1990. They were reunited in 2011 until her death. They raised James Kimbrell, Abbey Corbett (Thomas), and later her granddaughter Zoey Falwell. Lisa’s first priority was her family, specifically her “Cubs”. There was never a second thought when it came to her children. Lisa was a woman who spoke her mind freely. You never knew what she was going to say. What she did say you never could forget. Lisa could make any hovel into a comfortable, warm and inviting home. She was an excellent cook, she really enjoyed experimenting with new spices and ethnic foods. She made a big deal about the holidays, special snacks, activities and hosted many holiday family dinners. She landscaped the whole yard with her Mom’s help and Todd’s muscle. She had an eternal love for the beach, the sand, saltwater, anything tropical. Lisa was in her 40’s, a difficult season in her life, when she received care of her granddaughter Newborn Zoey Falwell, whom she raised until her death. They were extremely close and had a very close relationship. Lisa was preceded in death by her father Richard Wolf, her brother Jason Wolf. She is survived by her soul mate Todd Santon, granddaughter Zoey Fallwell, her two children: James Kimbrell and Abbey Corbett (Thomas), her mother Patty Wolf, and her brother Eric Wolf.