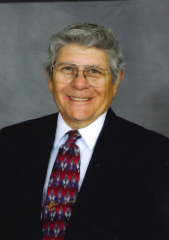 Leonard J.C. Etter passed away in his sleep at his home on January 20, 2021 after battling cancer for 22 years. He was born August 23, 1938 to the late Leonard C. and M. Ruth (Klinger) Etter. He graduated from Monitor Highschool in 1956 and from Purdue Aviation Technology in 1959. He served in the Air Force Reserves. He worked at Purdue Airlines from 1960-1973 and ALCOA from 1973-2003. He was previously a member of Hershey PTO and the Wildcat Association.He worked on the farm, did bull dozing, and had an egg Laying operation for several years. He loved to fly his own airplane in his younger years.

He was a lifelong student of history and also enjoyed reading the latest in science. He was a member of the Dayton United Methodist Church and enjoyed Sunday school bible study, working with the Tippecanoe County Food Pantry, and the Food Truck. He was also a member of the Dayton Masonic Lodge and Scottish Rite of Indianapolis. He loved life, playing with grandchildren, and snow birding in Florida.

Those so desiring may donate to the Dayton United Methodist Church.’

Memorial services are to be held at a later date.

TMG Funeral and Cremation Services is assisting in the arrangements.