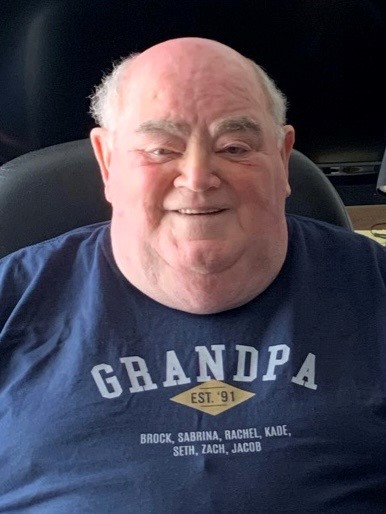 Kenneth R. Chrisman (Kenny) of Monticello, Indiana passed away on Monday, March 29, 2021 at the age of 78. After months of putting up a good fight against COVID-19 related illness, he died peacefully in Oklahoma City, Oklahoma with the comfort of family members at his side.

Kenny was born in 1942 in Terre Haute, Indiana to Hilda and Raymond Chrisman. Along with 10 siblings, he was raised in West Terre Haute, where he learned to worship the Lord, respect others, work hard, and earn an honest day’s pay.

In 1964, Kenny married Joyce Ann Barnes from Terre Haute and together they had two sons, Kent and Troy. After 40 years of marriage, raising the boys in Otterbein, IN, Kenny, and Joyce got divorced but remained very close friends. He was a good father who took care of his children and always did the best he could to teach and guide them.

He was a loving grandfather to five grandchildren. Kenny worked for many years in the steel industry as an iron worker ultimately retiring to take on other work to keep him busy. Kenny was a member of the International Association of Bridge, Structural & Ornamental Iron Workers, Local No. 799.

Over the last several years, Kenny spent time in Oklahoma City, where he worked as dock master at Devon Energy’s Corporate Headquarters. He most recently worked in the kitchen at the Best Western Brandywine Inn, Monticello, IN. Kenny had just moved back to Oklahoma City to once again fully retire, enjoy the warmer weather and reengage with family and friends.

In lieu of flowers, please donate to Catholic Charites, American Red Cross or the Wounded Warrior Project in honor of Kenneth R. Chrisman.