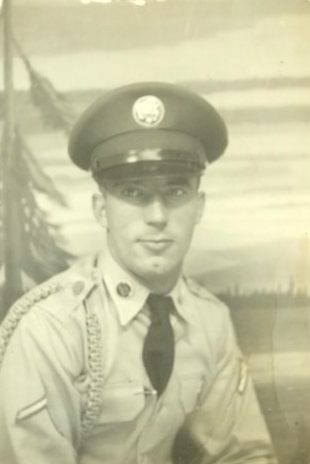 Domenico Davit, 82 of Lafayette passed away at 7:45 am Wednesday January 30th at his residence.  He was born in Fanna, Italy on June 30,1936 to the late Dante and Santina DeCecco Davit.  He married Ilse Redmann on May 4, 1963 in Lafayette, she survives.

Domenico worked construction doing tile and terrazzo for 24 and owned the Biltmore in Lafayette for 18 years.

Private Family services will be held at Rest Haven Memorial Park with military rite by the American Legion.  The family invites friends to a gathering at the 40 and 8 on Monday February 4th at 3 pm.  Memorial contributions may be made to the Nurses Training at the Lafayette 40 and 8.

Public celebration of life to be held at Lafayette 40 and 8 on Monday February 4th, 2019 at 3pm