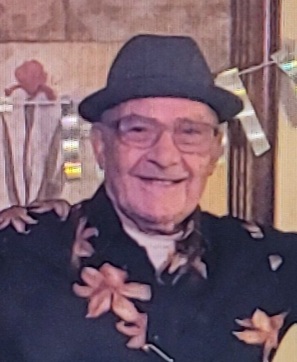 Dewayne R. Howard, 89, passed away in his home on March 13th,2020. He was born on July 24th, 1930 to the late Culmer and Lois Howard in Velpen, Indiana. Dewayne grew up in Winslow, IN then graduated in 1948 from Otwell High School
Dewayne spent four years in the United States Air Force 437th Troop Carrier Wing where he achieved the rank of Staff Sargent. His time in the service allowed him to travel to Nagasaki Japan before finally being stationed in Fukuoka Japan.

After his time in the Air Force, Dewayne spent two years studying Mechanical Engineering at Purdue. He spent 13 years as a truck driver-owning his own company for 10 of those years. Interestingly enough, he worked as a Commercial Bee Keeper for an entire decade. He then retired from Alcoa after 28.5 years in 1993. Overall, you might say he was as busy as a bee.

On September 18th, 1988 he married Sandra Sue Howard of Lafayette, who survives. Dewayne is leaves behind a son Alan, and daughters Sally, Tammy, Tanya, and Tina. He is also survived by two step children Grace and Pamela as well as his beloved grandchildren Aliza, Caleb, and Cypress. He was preceded in death by brothers Kenneth and Gary Howard.

No services are scheduled at this time.

Tippecanoe Funeral and Cremation Services will be assisting in the arrangements.