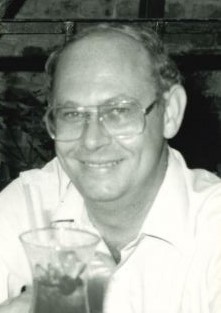 David Lee Chadwell, 75 of Lafayette passed away at IU Arnett at 3:21 PM on December 29,
2020. He was born on April 19, 1945 to the late Oda and Hellen Chadwell. His family moved to
Ewing, VA six months later where he graduated from Ewing High School.
After graduation, He proudly served in the U.S. Army in 1964 having served in Heidelberg,
Germany for three and half years. His discharge in 1967 led him back to Lafayette, IN though he
returned to Germany in the same year. During this time, he worked for the Civil Service in
Heidelberg and attended the University of Maryland Extension where he received a BS in
Finance. He then attended the University of Boston to earn his MBA. Upon completion of his
schooling, he once again returned to the greater Lafayette area in 1979.
He was employed at the Lafayette Bank and Trust starting in 1980 and worked at the firm until
his retirement in 2004. On June 15, 1984 he married Linda K. McKinnis
David is survived by his wife Linda. He is also survived by a brother, Stephen Chadwell, and a
sister, Bobbie Chadwell of Middlesboro, KY. He is preceded in death by his parents and two
brothers-Pual and William.
Services will take place at the Tippecanoe Memory Gardens Main Chapel on Tuesday, January
5th with visitation starting at 1 PM. The service will commence at 2 PM.
Tippecanoe Funeral and Cremation Services are assisting with the arrangements.