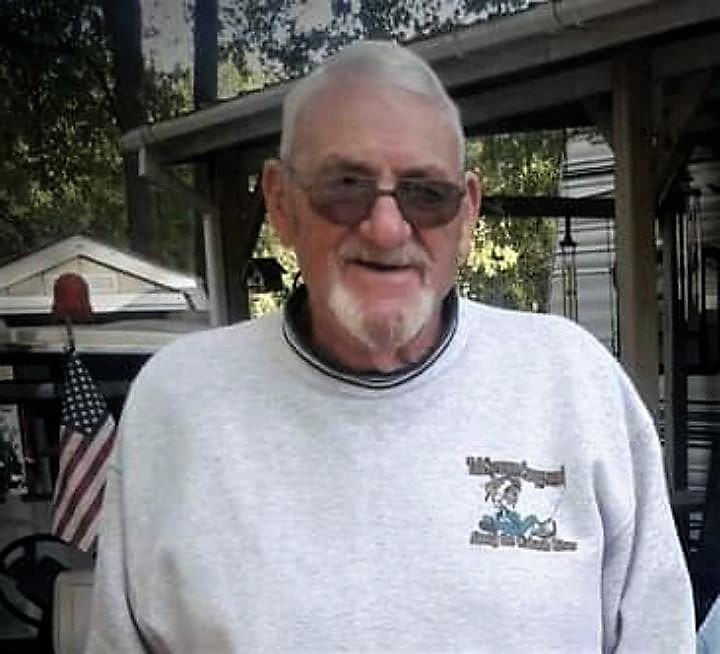 David Charles Sinclair, 87, passed away Thursday February 17 with family by his side.
David was born to the late Loren and Beryl (Pearson) Sinclair in Marion, IN on July 12,1934. He was a graduate of Van Buren High School and served in the US Army in Ft Chaffee, AR, and was an automotive mechanic at Firestone in downtown Marion until his retirement. He served as a deacon with the Tall Sycamore Campground Church.
David married his beloved wife of 65 years Phyllis Valentine (Chapman) Sinclair on January 26, 1957 in Marion, IN. They were blessed with two children, Jeani and Chuck. They took them on missions trips to Oklahoma every summer for 25 years through the United Methodist Church.
David and Phyllis spent their summers in Logansport, Indiana, winters in Lake Placid, Florida, and were members of the Good Sam’s Camping Club for over 20 years. He was known by his friends and family for his love for the Lord, and being ornery, loving and hard-working. He most enjoyed playing guitar, reading his Bible and western novels, crossword puzzling, mowing the lawn, and picking on anything that moved.
David is survived by his wife, Phyllis; his daughter Jeani Pendleton of Van Buren, IN and son Chuck D (Nanette) Sinclair of Marion, IN; his grandchildren Renee J Pendleton of Marion, IN (his first grandchild, who was born on his 50th birthday), Ryan D (Chelsie) Pendleton of Van Buren, IN, Jenifer N (Eric) Meyer of Marion, IN, David L Sinclair of Marion, IN, and Carmen E (Stephen) Stoffel of Poinciana, FL; six great-grandchildren; his sisters Esther Thomas of Bluffton, IN and Nancy (Jerry) Weaver of Sweetser, IN; a brother-in-law Jack Clark of Marion, IN. He is preceded in death by his brothers Bobbie (Lorraine) and Allen (Helen) Sinclair and a sister Susie Clark.
A celebration of David’s life will be held at Hanfield United Methodist Church on Thursday February 24, 2022 at 2:00 pm, with visitation preceding from 12:00 pm to 2:00 pm.
Memorial contributions can be made to In Touch Ministries, Good Sam’s Camping Club, and to Alzheimer’s Research.
Tippecanoe funeral & Cremation Services and Gardens of Memory in Marion is honored to be assisting the family. Online condolences may be made to the family at www.tippecanoememorygardens.com.