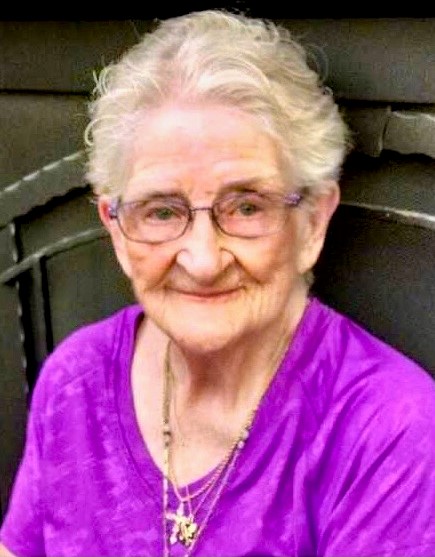 Bette L. DeHaai, 91, of Mulberry, IN, passed away on August 1, 2021. Bette was born to Joseph and Noble Malady (McCord) on August 8, 1929 in Stickney, South Dakota. She attended Stickney Public School, K-12th grade, graduating in 1947. Bette married Floyd Stanley DeHaai on June 22, 1948 in Aurora Center, South Dakota. Floyd and Bette renewed their vows in 2008 to celebrate their 60th anniversary during a yearly family reunion at the Floyd and Bette property, off 26 East in Lafayette. Bette attended Dayton Methodist in Dayton, IN for many years. She was a domestic engineer for much of her adult life. Once all the children were in school, Bette worked for the Tippecanoe School Corporation as a bus driver for 25 years and several years as a school cook. Bette loved gardening, stitching, word search and bird watching. She will be remembered for her witty personality, caring heart, her competitive spirit; whether it was with cards, games, or her years playing softball. She was a loving wife, mom, grandma, and aunt. The last seven years, Bette has made her home at Mulberry Health in Mulberry, IN. She was known by everyone, including staff and some residents. After moving to the 100 wing (Memory Care), 2 years ago, Bette became very active and interactive with the staff and residents. They referred to her as “the queen of the 100 wing”. In addition to her husband, Bette was preceded in death by her parents and 1 sibling at birth, as well as 1 granddaughter, Jessica Lou Ann Taylor. Bette is survived by her loving 5 children, Jerry Dean (Vicki) DeHaai, Vicki Lynn DeHaai; Judy Ann (Tony) Rice, Ronda Jo DeHaai, Terry Lee (Kelly) DeHaai; 12 grandchildren, Sonja Darter, Joe, Jeremy and Jeff DeHaai, Nicole Bacon, Weston and Craig Rice, Michelle DeHaai, Amanda Hill, Becca Taylor, Ashly and Brandon King; 28 great-grandchildren; 2 great-great-grandchildren; and many nieces and nephews.

Visitation for Bette will be held Thursday, Aug. 5, 2021 from 2:00 PM to 3:00 PM at Tippecanoe Memory Gardens Funeral Chapel, 1718 W 350 N, West Lafayette, IN 47906.  Funeral services will be held at 3:00 PM at the chapel, with burial to follow services in Tippecanoe Memory Gardens. Memorial contributions may be made in Bette’s memory to Mulberry Health & Rehabilitation Center, 502 W. Jackson St., Mulberry, IN 46058. Online condolences can be left to the family at www.tippecanoememorygardens.com. Tippecanoe Funeral Home is honored to be assisting the family with the arrangements.