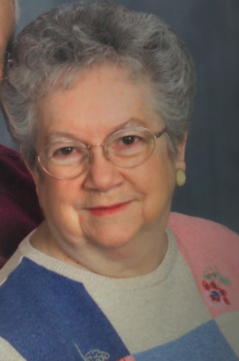 Barbara A. Purcell, 85, of Fowler, IN, passed away, Sunday, November 7, 2021, at St. Anthony Rehabilitation & Nursing Center in Lafayette, IN.

She was born, January 28, 1936 in Sullivan, IN to the late Bernard and Imogene (Brady) Bonham. She graduated as Valedictorian of her Honey Creek High School Class of 1954. She then went on to graduate from Union Hospital School of Nursing in 1957.

Barbara’s nursing career allowed her to work in facilities including Union Hospital in Terre Haute, IN, Cloverdale, IN and George Ade in Brook, IN.

Barbara also worked as a Teacher’s Aide at Benton Central High School for 16 ½ years before retiring in June, 1990. She was an avid bowler participating in three leagues in Benton and Tippecanoe Counties. She was a devout follower and season ticket holder of the Purdue Women’s Basketball Team for many seasons. She enjoyed watching sports, reading, crocheting and collecting cat figurines.

She married Ronald R. Purcell on May 19, 1957 who survives. Barbara is also survived by two daughters Angi (Rick) Ponto of Otterbein, IN and Cindy (Bill) Fritz of Flora, IN; five grandchildren: Ryan (Sara) Ponto of Oswego, IL, Chris (Ashley) Ponto of Monticello, IN, Bradley (Angela) Ponto of Lake Charles, LA, Ashley (Drew) Reed of Greentown, IN, Craig Ponto (Samantha Meyer) of Crawfordsville, IN and Kyle Yates of Greentown, IN. She is also Blessed with eleven great grandchildren (Ella, Jackson, Easton, Kase, Walter, Henry, Charlotte, Camila, Aubrey and Colton. Barbara was preceded in death by her great-granddaughter, Kalie.

Memorial visitation will be held from 11:00 am – 1:00 pm on Saturday November 13, 2021, at Tippecanoe Memorial Gardens Funeral Chapel, with service to immediately follow.

In lieu of flowers, the family requests memorial contributions be made to Benton Scholarship Foundation. The family would also like to thank the nursing staff at ViaQuest Hospice (Jared and Erica) and entire nursing staff at St. Anthony for the great care that was given when it was most needed.

No Photos and Videos
Previous Juanita Kinneer
Next John Combs