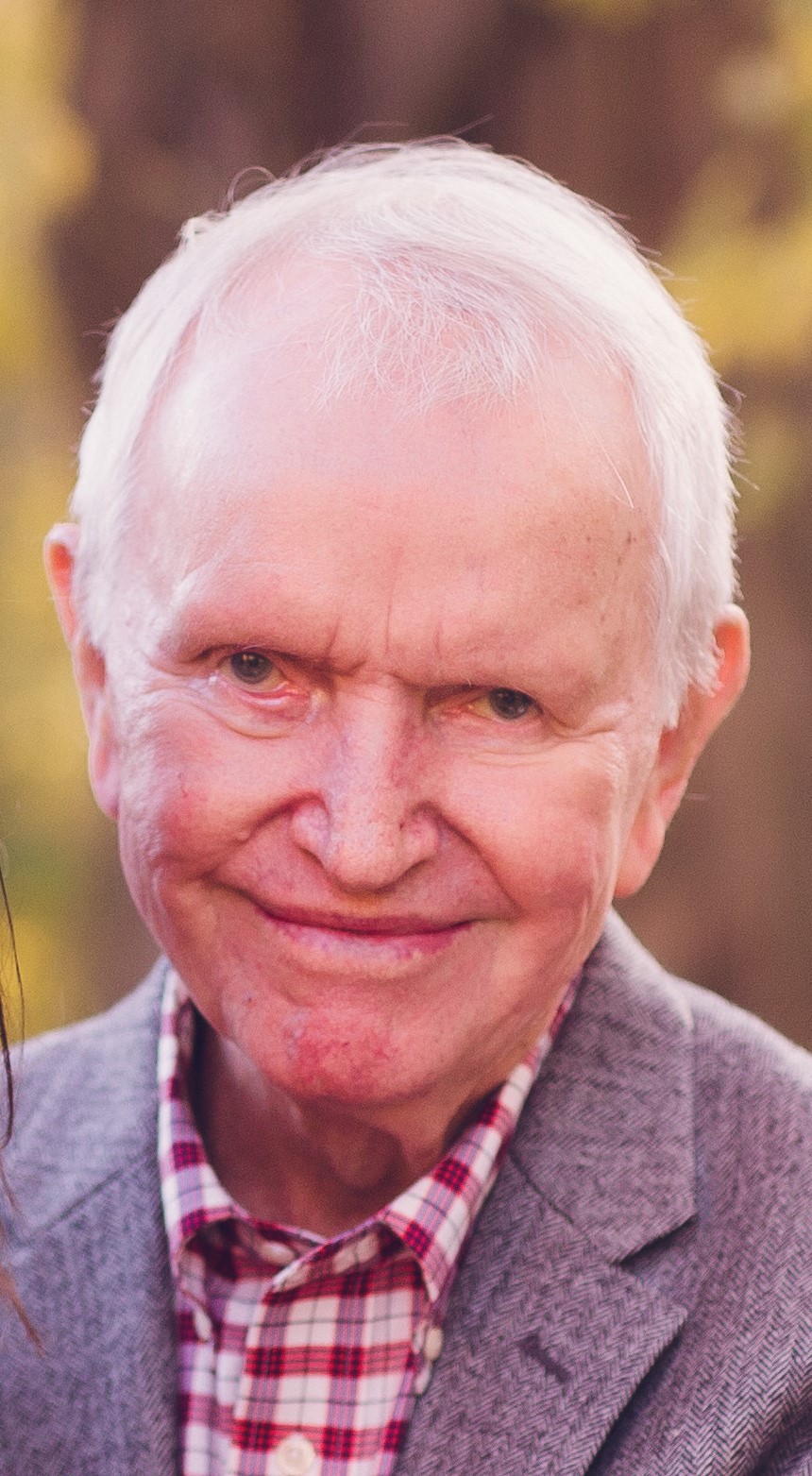 Arnold Leroy Karjala, 92, of Maracaibo, Venezuela, passed away peacefully in his West Lafayette, IN home, on Thursday, January 21, 2021 at 11:13 AM. After a string of ailments in the weeks prior to his passing, he spent his final days at home surrounded by the love and care of his devoted wife of 42 years, Zoraida, daughter Lena, and son Bruce, who were at his bedside until his last breath.

Leroy was born September 8, 1928, to the late Levi and Lena (Hilton) Karjala in Menahga, MN. There, he grew up a farm boy, along with his 5 siblings, as a first generation Finnish-American. He was proud of his Finnish heritage, and loved telling stories of his early years as a Finn in Minnesota, and the Finn way of life, which included Sisu (strength), hard work, and perseverance. He lived his life exemplifying those attributes. He always remembered his Grandmother Fredriika “Mummu” with great affection, whom he said raised him and his siblings when they were young, while his parents worked. His parents and grandparents immigrated to the USA on a boat from Finland, and settled in Menahga, MN.

After completing high school, Leroy attended the University of Minnesota where he earned his Bachelor of Science in Civil Engineering in 1951, at the age of 23. Upon graduation, he moved to Venezuela for his first job as an Engineer for Creole Petroleum Corporation “Creole”, a Venezuelan oil company created in 1920 to produce fields out of Lake Maracaibo, Venezuela, and which subsequently in 1928 was acquired by Standard Oil of New Jersey, an American oil company. Of note, until 1951, Creole Petroleum Corporation was the world’s number one oil producer. During his early years in Venezuela, he was called to serve his native country in the USA Army for two years, which he spent stationed in Maryland. He returned right after to his job at Creole in Venezuela.

After years working for Creole, he branched off on his own and became an entrepreneur in Maracaibo, Venezuela, where he met his wife Zoraida Chacin, whom he married in 1978. He formed his own company, TecPurch International CA, in the early 70s, where he serviced and developed chemical injection systems for the oil industry. His company was the exclusive Milton Roy Pumps and spare parts representative in Venezuela for many years, which afforded him unique relationships with the oil industry clientele. Steadfast, tireless, perseverant and a hard worker by nature, he propelled his company to much success for over 40 years. He was dedicated, mind and soul, to his business; his work was his life and he loved it. His passion and commitment to TecPurch, his employees, and his customers were unwavering. He was a man of integrity, impeccable work ethic, outstanding service and determination, all which earned him and TecPurch high esteem as a leading expert in the industry, where he was renowned and very well respected.

To say this Minnesota native loved Venezuela is an understatement. He loved the country, the Latin culture and people, the hot weather, the oil industry, and the successful business he had. He never missed living in the USA, and always dreamed of living until his last days there. Sadly, with the unexpected turn of events and political and economic crisis Venezuela endured in the 2000s he was forced to move to the USA. For the last five years of his life he lived close to his daughter Lena, and his grandchildren, in Indiana. Until his last days, he remembered Venezuela with the deepest and warmest affection, and recalled the fondest memories of his beloved company, people, and places he loved until his last breath.

Leroy lived his life to the fullest. At 92, he admitted humbly and with awe how “lucky he had been his entire life”, and was joyful and accepting of how blessed he had always been. He was humble, and unattached to material goods. He valued character, integrity, and hard work. He was a man of humble beginnings, was a hands-on do-it-yourself kind of guy who knew the value of ingenuity, self-initiative, and hard work. He was a college graduate, but much of his later work involved a lot of engineering and mechanics beyond the scope of his Civil Engineering degree, which he self-taught. He was always curious and hungry for learning, and loved current events. He was a noble man, with much goodness in his heart, even though outwardly he seemed strong and serious. He had a great laugh and a sense of humor which he freely shared with those close to him, and every now and then even a stranger. Those who knew him and loved him were loyal to him, just as he was to them. He extended a helpful hand to those who needed it, selflessly, proving his character was deeply rooted in humanity, kindness, and always doing the right thing. Though he was strict and demanding in his ways, Leroy continuously taught those around him to keep a “stiff upper lip” and keep moving forward with optimism, no matter what life threw at you. Through his own actions and how he lived his life, he taught those around him life lessons, good character, and strong work ethic. His closest family, friends and employees respected and loved him dearly, for his authentic and humble true nature.

Leroy was preceded in death by his grandparents, Andrew and Elsa Matilda (Kummala) Karjala, and Jonas and Fredriika (Juntunen) Hilton; his parents Levi and Lena (Hilton) Karjala; siblings Vilma, Maynard, Lillian, Lester and Ellen. He is survived by his wife Zoraida Karjala of West Lafayette, IN; daughter Lena (Brett) Johnson, and grandkids Nico, Victoria and Lucas of West Lafayette, IN; son Bruce (Colleen) Karjala, and grandchildren Ryan, Nolan and Logan of Suwanee, GA; son Dan (Missy) Karjala, and grandchildren Maria and Rebecca; and many beloved greatgrandchildren, nieces, nephews, great nieces & nephews, scattered throughout the USA, from Florida to Oregon.

Private Service will take place on Wednesday January 27, 2021 at Tippecanoe Memory Gardens, where his ashes will be laid to rest at a later date.

In leu of flowers, we kindly ask donations towards funeral costs be sent to:
Zoraida Karjala
3594 Wakefield Dr.
West Lafayette, IN 47906

Alternatively, a donation can be made directly to The American Cancer Society, dedicated in his name.

TMG Funeral and Cremation Services is assisting with the arrangements.