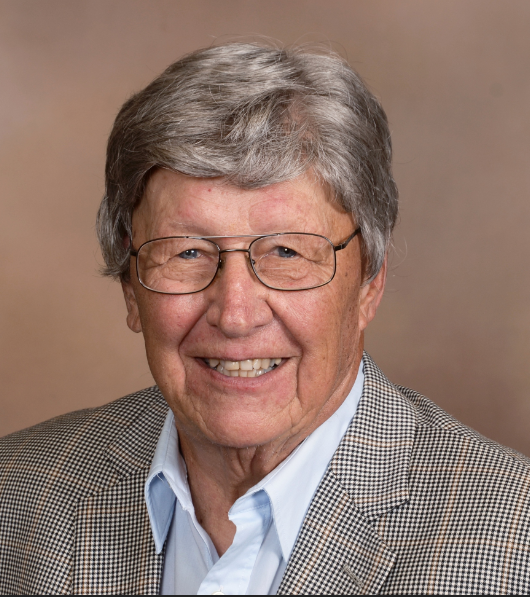 He was born on October 31, 1937 in La Porte, IN, to the late Thomas G. and Annette L. (Szynal) Ciecka. On June 3, 1961, he married Judith L. Bonnet at the Cathedral of Saint Mary of the Immaculate Conception in Lafayette, IN, and she survives.

He attended La Porte High School and spent his youth working at the Herald-Argus inside the newspaper office collecting box scores, using the address-o-graph, and delivering newspapers.  He enjoyed fishing the local lakes and used his earnings to buy a boat and trailer.  Tom fondly remembered day trips to Michigan with relatives to fish. After entering Purdue University at the age of 17 he earned his degree from the School of Pharmacy in 1955. He initially worked at Hegewisch and Petranek’s pharmacies before moving to Decatur, IL, to continue his career.

After serving six months active duty with the U.S. Army and continuing in the reserves, Tom and Judy moved to Danville, IL, to start work at Harding’s Pharmacy.  Tom purchased his own store on South Gilbert St. and operated the Harding’s/Southtown Pharmacy, faithfully serving the community for over 30 years.  His greatest passion was interacting with and helping customers, opening early, staying late, or filling a prescription on a holiday if needed.  Tom worked for CVS for 13 years after closing his Southtown Pharmacy store and filled in at another independent pharmacy, Bratland’s, on his off days.  He was an active member of St. Paul’s Catholic Parish and a Fourth Degree member of the Knights of Columbus. Fishing and hunting were life-long hobbies.

In addition to his wife, Judy, he is survived by sons Chris (Gloria) Ciecka of Fayetteville, GA and Mike (Amy) Ciecka of Corinth, TX, and daughter Anna Ciecka (Kerry Rabenold) of West Lafayette, IN; grandchildren Jonathan Ciecka, Maia Rabenold, Emma and Cara Ciecka; nephews Greg and Doug Samuelson and nieces Sarah (Thompson) Misleh and Amanda Thompson; sister-in-law Ann Thompson and brother-in-law Gene Samuelson. He was preceded in death by his sister, Barbara Samuelson.

A funeral mass in St. Paul’s Catholic Parish in Danville, IL will be held at a future date, followed by a public celebration of Tom’s life.